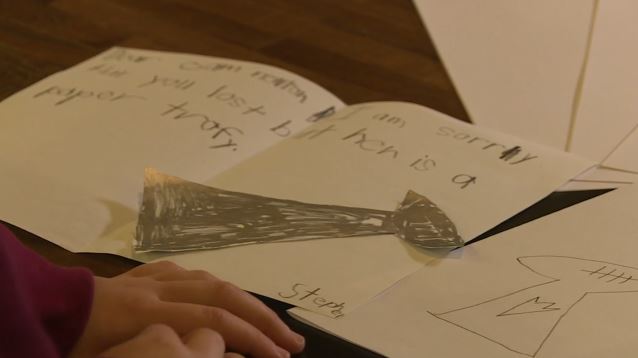 It has been a dream season for quarterback Cam Newton, who has emerged as arguably the top pivot in the NFL while leading the Carolina Panthers to the NFC championship and the club’s first Super Bowl berth since 2004.

Selected first overall by the Panthers in the 2011 NFL Draft, Newton has rewarded the team for their faith in him, throwing and running for a combined 45 touchdowns during the 2015 NFL regular season, and is now perched as the favorite on the odds to win the Super Bowl MVP at -140 at sportsbooks monitored by OddsShark.com.

Newton, who set an NFL record for quarterbacks in his rookie year with 14 rushing touchdowns, is also getting plenty attention on the scoring props ahead of next Sunday’s Super Bowl 50 at Levi’s Stadium.

The 26-year-old leads the way as a strong +700 favorite to score the first touchdown at Super Bowl 50, ahead of teammates Greg Olsen and Jonathan Stewart, who sport 15/2 and 8/1 odds, respectively.

After leading all pivots with 10 rushing scores this season Newton added a pair of touchdown runs in Carolina’s 49-15 win over the Arizona Cardinals in the NFC Championship Game, and joins Stewart at -110 to score a touchdown at any time in the Super Bowl

Newton is also heavy +350 chalk to be the first Carolina player to find the end zone in the Panthers vs. Broncos matchup, once again edging out Stewart and Olsen who both trail with +450 odds.

The Panthers are an even-money bet to score OVER three touchdowns in the big game, while the Broncos are +135 longshots to eclipse 2.5 touchdown scores in their second Super Bowl appearance in three years. Denver will need another big performance out of Peyton Manning if they are going to pay out on the OVER.

While Manning joins Newton at the top of the Super Bowl MVP odds as a +275 bet, he is pegged as a +1600 longshot to reach the end zone himself at Super Bowl 50.

Manning has not tallied a rushing touchdown since Week 5 of the 2013 NFL season, but had his biggest game of the year in last week’s 20-18 AFC Championship Game victory over the New England Patriots, scrambling for 11 yards and tossing a pair of TD strikes.

Not surprisingly, Manning is also a +5000 longshot on the odds to score the first touchdown of the game, and a long +2000 bet to draw first blood for the Broncos.

Greg Olsen admitted he doesn’t “Dab,” but he certainly had a reason to against the New York Giants.

Just before the two-minute warning in the first half, Cam Newton rolled to his right to see a wide open Greg Olsen. Olsen caught Newton’s pass and rolled in untouched for an easy go-ahead touchdown.

Considering the limited number of weapons in Carolina’s passing attack, it’s hard to understand how the Giants left Olsen THIS wide open.

The New York Giants defense will be asking themselves this question for days: How is Greg Olsen THIS wide open? https://t.co/AfROHVXBNM